The BIG Idea Competition—the business idea contest for South Dakota high school students—is celebrating its 10th anniversary in 2017 with a few new wrinkles. The basics of the competition remain the same as they have since its founding in 2007. High school students are invited to work individually or in small teams to produce a description of a business idea and enter it at www.bigideasd.com by October 31. After judging by hundreds of volunteers statewide, the top eight finalists will present their ideas at a final event on December 7 in Aberdeen. Winners receive cash prizes and scholarships from Northern State University and Presentation College. The BIG Idea also includes a Marketing Design competition sponsored by McQuillen Crea 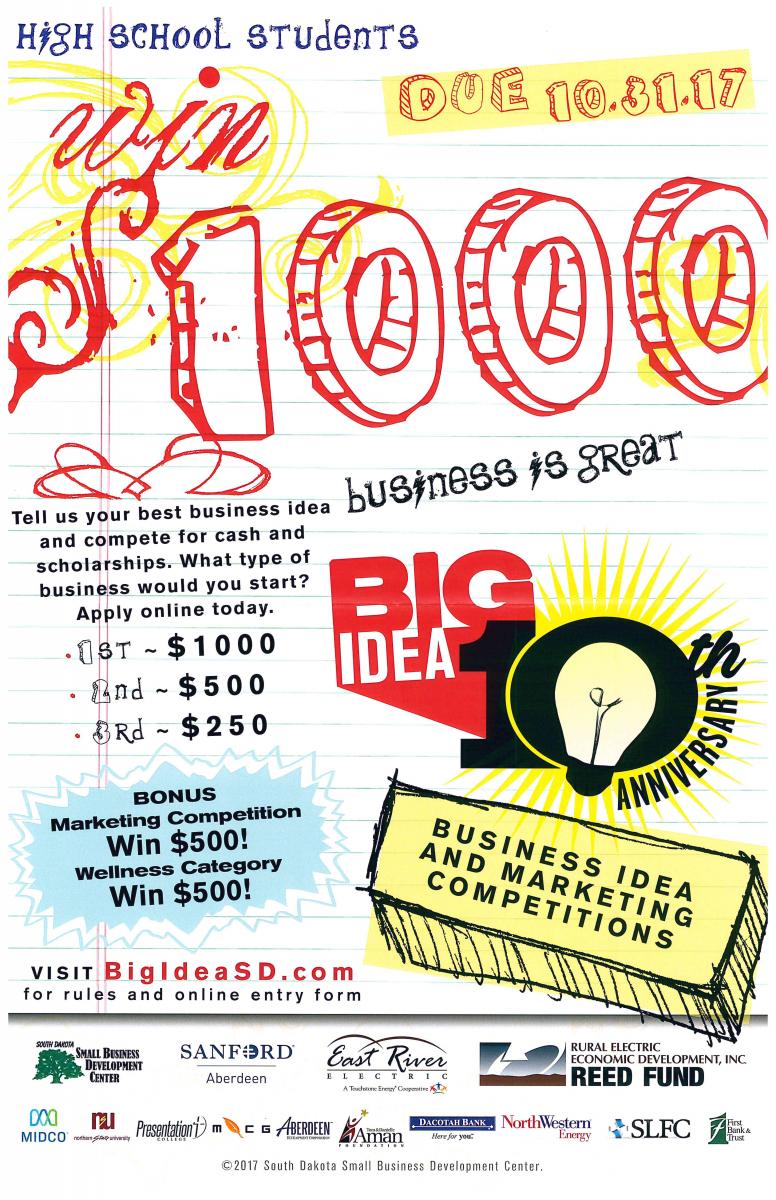 tive Group in Aberdeen and a Wellness category with a prize sponsored by Sanford Health.

In celebrating the 10th anniversary of a program that has aimed to plant the seeds of entrepreneurship among young South Dakotans, the BIG Idea has invited Seattle businessman Michael Grabham, a former NSU student, to speak during the final event and participate in other events in Aberdeen on December 6-7. Called a “serial entrepreneur,” Grabham has started several businesses, acts as a mentor for Seattle startups, and started the TV show “Start IT Seattle,” which showcases new businesses. A self-described “glass 3/4 full guy,” he will engage students and adults with his passion for business.

The BIG Idea is also conducting a survey to measure change in attitudes toward entrepreneurship during its ten-year life.  The survey is open to anyone in South Dakota, whether or not they have participated in the competition in any way. Results of the survey will be reported during the December 7 final event. Take the survey here: https://goo.gl/forms/QEKz8mafYF4uhggS2