A  forum aimed at finding new answers through public input on housing issues in Fort Pierre was held Thursday, April 30, 2015.

“It’s so we can better determine what our housing needs are and what some of the answers are,” said Mayor Gloria Hanson. “My personal opinion is our greatest need is not enough entry-level housing, for young singles and young couples.”

She just had a lunch meeting with four other people on Wednesday, Hanson said.  “Two of the people at the meeting had sons coming back to Fort Pierre who were having a hard time finding a house.”

Hanson said effects from the 2011 flood are part of the problem.

“We had a number of homes in the flood plain that had to be moved off and we haven’t been able to rebuild on those lots,” Hanson said.

But there are other issues than the flood, said Dave Bonde, executive director of the Fort Pierre Development Corporation which is hosting the forum today at 6 p.m. in the Senior Center, 19 E. Main., downtown.

The Corporation did a housing study in 2012 and 2013, Bonde said, that found “special needs in housing in Fort Pierre not related just to the flood.”

Some of the needs have been addressed in the past two years, including adding housing stock for first-time home-buyers and new apartment buildings raised on both sides of the Missouri River.

“To some extent, the forum is to look at where we are now and what the future needs might be,” Bonde said.

“It’s growing slowly,” Bonde said of the population since the 2011 flood. “The projection in that study indicates it would continue to grow. But it all depends on what comes into town.”

Moderator for the meeting was Lori Moen, chief operating officer of GROW SOUTH DAKOTA based in Sisseton, a private nonprofit that obtains federal, state and local funding, and private funding,  to promote development across the state, including housing.

The others are Britton, Sisseton, Webster and Campbell County, including the cities off Pollock and Herreid, Moen said.

She will guide a look at the Corporation’s study to help focus the public discussion.

Goals for the forum included:

Determining three main areas of housing to focus on; recruiting volunteers to address those areas; scheduling meetings to deal with construction possibilities and identify neighborhoods with needs for renovations or revitalization.

For more information call the Development Corporation at 223-7603; online fortpierre.com 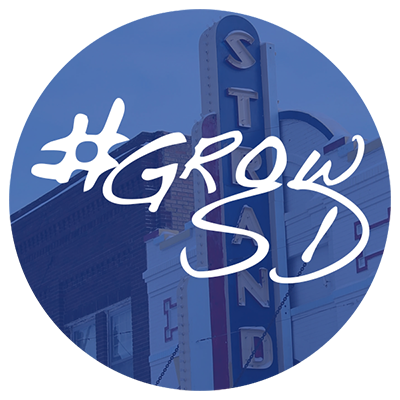